Municipality of Lipkovo belongs to the group of underdeveloped
areas and in its territory, there are no industrial facilities.
95% of the population is part of the main economic activity which is
agriculture. Agriculture is practiced on an area of 22,599 hectares of
which 8.256 hectares, which translated in percentage 36.50% of arable
land, which is partly watered by Lipkovo’s hydro system. Pastures
occupy an area of 4.375 hectares or 19.30%, while forests are most
frequent in an area of 9.968 hectares or 44.20%. 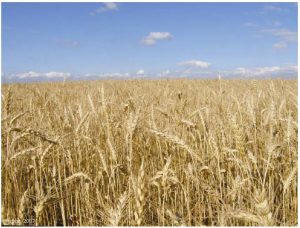 In previous years, Lipkovo Municipality was well known for
the production of tobacco, cereals, and horticultural crops as well as
traditional manufacturing. After the independence, Republic of
Macedonia lost most of its markets and as a result the production was brought to the minimum. Farmers were forced to engage in other
branches of agriculture.
The agriculture in the municipality is mainly directed towards the
production of cereals and vegetables for its own and nearby markets
like Kumanovo and Skopje. Agricultural areas on which monocultures
are cultivated are parceled.
Twenty years ago, shepherding was an attractive activity. Due to lack
of subsidization by the Ministry of agriculture, forestry and water
management this branch was unattractive until five years ago. Due to
the subsidization by the Ministry of agriculture, forestry and water
management for female lambs the interest of the farmers surged
dramatically.
Also today, the municipality reflects higher dairy cows especially
races: Holstein, Frisian and so on. Farmers that were producing milk
and meat began to build modern farm adapted to modern standards to
meet the competition for IPA pre-accession funds from the European
Union. Private sector involves a small number of people, mainly in
trade and several small private companies for the manufacture of
cement blocks, tiles and behaton mills (Opaje, Slupcane, Lipkovo and
Ropalce).  The municipality does not have the capacity to employ the active
population, which is why over 6804 people are registered as
unemployed, and most of them receive social assistance. About 650
people are employed in public administration and public firms, 32
employed in the municipal administration and several private
companies in the municipality.
There are urban plans for the following villages; Lojane, Vaksince,
Opaje, Lipkovo, Otlja, Matejce, Ropalce, Vistica and Nikushtak) 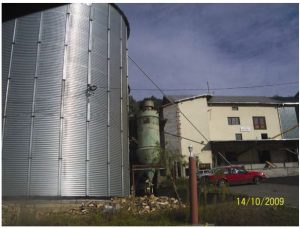 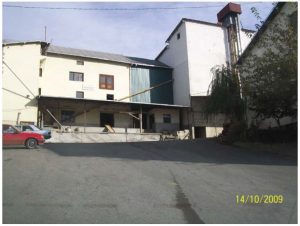 Municipality of Lipkovo has very good conditions for tourism
especially village tourism. This is particularly emphasized because of
the subsidization program by the Ministry of agriculture, forestry and
water management for the development of this branch. The priority of
the municipality is the tourism.
Both hydro accumulation of Lipkovo and Glazhnj are a prerequisite
and a challenge for the development of different types of tourism that
can be practiced in the municipality.
Lately, local businessman build nice restaurants and resorts which
present an additional incentive for development of this industry in the
future so it can have a major impact on the development of the
municipality. In 2001 the monastery resort in village Matejce was
used for touristic purposes.
Although there are no industrial facilities, the area of the Municipality,
however, can be characterized as a polluted environment. Serious
ecocide dots represent concentrated arsenic, antimony and chromium
from landfill of abandoned mine Lojane, then dust from quarries in
Orizare, Lipkovo and Otlja and street dust from uncompleted rural
roads especially during the summer months. Groundwater sources are
especially polluted by the different mine concentrates of arsenic,
antimony and chromium. Surface and groundwater are polluted by the
anthropogenic factor (human),or fecal waters that are mixed with the
rivers in the municipality.

The municipal area is also polluted by the garbage that can be found
in every corner because the municipality has not solved the issue with
the contemporary landfill. In the future through education (seminars,
printing of brochures, campaigns, etc.) it is planned to raise awareness
of the population on how to apply the preservation of clean
environment.

The area around the municipality of Lipkovo belongs to the basin area
of river Lipkovska and Lojanska which flow in Tabanovksa river
which then flows in the river Pcinja. On Likovsko river there are two
artificial lakes, Lipkovo and Glaznja. 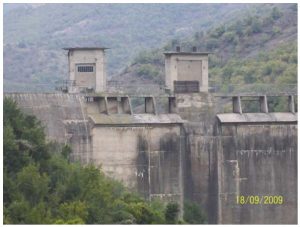 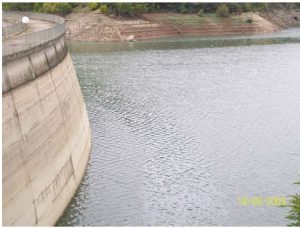 The basin of Lipkovska river is one of the major basin areas in the
region of Lipkovo-Karadak and Skopje’s Crna Gora. It is formed by
numerous creek, streams and temporary watercourses. Waters from
the upper basin are accumulated in the following rivers, Kamena,
Vodenicka and Dumanovska rivers which are brought together in the
village of Glazhnja and create Lipkovska’s river which until the exit
of the valley has a ravenous character with deep cut and narrow sides.
After the exit from the Lipkovo valley it is gathered with the waters of
the following rivers; Strimska, Vuksnasnka and Slupcanska. 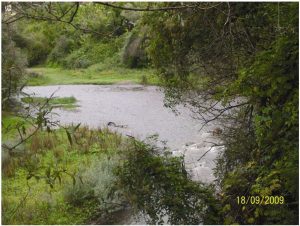 Lojanska river is consisted of Small and Big river and has a special
basin and it flows in river of Tabanovce. It has a steep drop to the field
of Lojane because of the granite adiabatic basin which has an
exceptionally clean water up to village of Lojane. This river is suitable
for construction of a small accumulation for water and irrigation of
agricultural areas for which the project has already been made.

Mine Lojane is in part of the municipality of Lipkovo which has
arsenic and antimony. Granite and marble can be found around the
area of Matjece and Nikushtak. 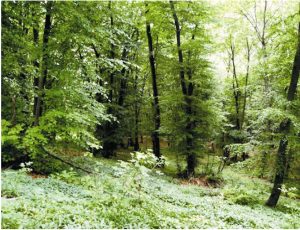 with diverse forest communities. Forest of hornbeam white hornbeam
are found in the form of belt along the edge of Lipkovsko valley about
800 meters, going from both sides of the gorge of the River Lipkovska
up to the village of Dumanovce. The community is thermo-xeric with
a domination of hornbeam on small surfaces of 700m. It also meets
the community of “grozdestiot ruj” which is similarly degraded by the
occurrence of “blagun”, white hornbeam, black ash, which at the
ground floor has there xeric pastures and others. Forests of wild hazel and black hornbeam meet in village Belanovce
(1950-1137 altitude. They also spread along the limestone terrain,
with the dominance of black hornbeam
Also forests of oak and durmast meet in small areas around the
villages Dumanovce, Otlja and several places in the area called
25
Lipkovsko-Karadachkiot region. Fauna is diverse, despite intensive
hunting game. These landscapes present home to various species like
bears, foxes, wolves, hare, various birds (about 180 species), various
species of reptiles and others