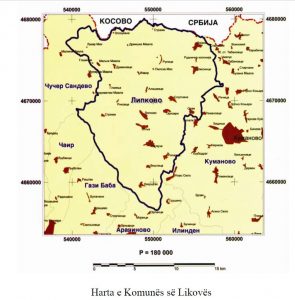 Flatter settlements are mainly connected to asphalted roads and to the main road artery which is Lipkovo-Kumanovo to which all other roads are connected. The road Vaksince-Slupcane, Slupcane-Opizare and Vishtica-Nikushtak were constructed in 2000. 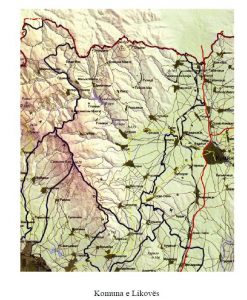 The municipality is consisted of 22 settlements which have an average altitude of 365 meters above sea level which is below the state average. Highest points are Straza and Strima with an altitude of 1.0509m and lowest like Opae, Orizare, Slupcane and so on. There are27.058 inhabitants or 103,03 in one km2 which is far behind the state average. In comparison to 1992 the number of inhabitants has increased for 4.224 people or 18,50%. 2.644 or 11,50% of the total number of the municipality live in the central municipal area. Biggest
settlements of the central area are Matejce, Slupjane, Otlja and Lojane. In relation to national background Albanians present the major group whereas other national groups are 169 Macedonians mainly around
Opae settlement, 370 Serbs, from which 325 in Matejce, 6 Bosnians, one Vlach, and 152 are with other national background which after the conflict in 2001 returned in their homes. The population is dispersed
in 5.790 apartments or in each one of these live around 4.67 individuals. There are 5.340 households or 5.07 in each house. In comparison to the contemporary standards of living these findings indicate that the population are facing major challenges. In relation to the agrar structure, the forests dominate with 9.668 hectares then
cultivated lands with 8.256 hectares and pastures with 4.375 hectares. One of the major features of this area are the attractive artificial lakes Lipkovo and Glasnja. The first one is accumulated on Lipkovo river
close to village Lipkovo which was built in 1958 with a size of 0,40 km2 and 2.250.000 km2 accumulated water. These lakes are not used only for watering, they also provide drinking water for the citizens of
municipality of Kumanovo and excellent source of fish for the fisherman of this area. Downwards you will find lake Glazhnja which has got its name from the village close to this lake. Situated on the
northeastern descent of Skopje’s Crna Gora the lake accumulates 22.000.000m2 of water.
The lake has a surface of 1km2 and it was built in 1973. This lake as well as Lipkovo lake present and incredibly valuable fish resource with different type of fish like river trout, karas, belvica and so on.

From all the cultural and historical monuments it is worth mentioning st Mary’s monestary in village Matejce. Built on the grounds of the ‘holy water’ this church was constructed in 1313 and finished in 1555.
In 1389 on his way to Kosovo, Sultan Murat passed through Skopje’s Crna Gora and decided to help building this monastery. For this purpose he provided additional gold to finish the monastery.
Other important objects worth mentioning are the old Teke in Matejce and few mosques which were destroyed and then repaired and rebuilt after the interethnic conflict in 2001. According the new territorial organization the municipality has not suffered from any changes. 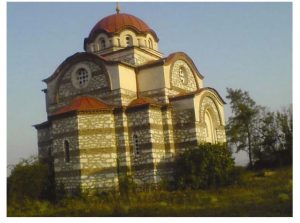 Monastery of Mother of God in Matejce